I am translating this tutorial from Joke but as I have never folded one of those boxes I hope it is clear :-). Joke does not know whether this is the 'official' way of making a box like this. She once saw a picture of such a box and attempted to duplicate it.
The first picture shows a square piece of paper folded twice. Once from the left to the right and once from the top to the bottom. Those folds will remain visible. If you don't want that you can mark the folding lines with pencil. Open the paper till it is flat again. The folding lines are to aid you with the next step. Fold each part to the folding line. To help you these lines are marked in this picture. When you are making your real box you do not have to mark these. 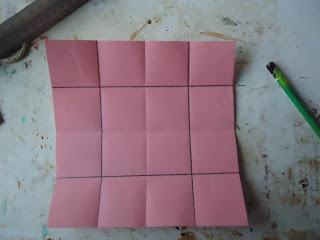 Next you fold the corners of your paper to the centre like you see in this picture: 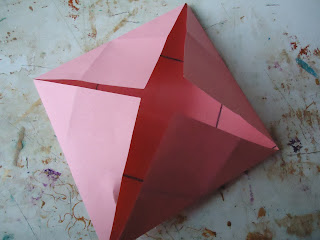 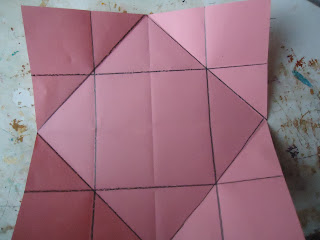 Rotate the paper 90 degrees and fold it twice diagonal like this: 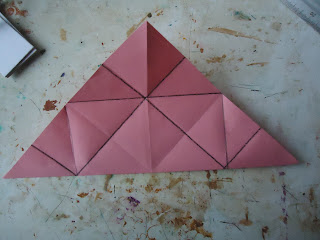 Turn the paper again in the original position with the tops like this and fold the corners like you see on the next 2 pictures: 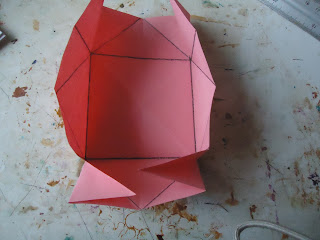 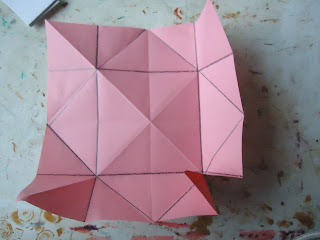 Now the tricky part comes :-). Fold the corner marked with the arrow like you see on the picture above this text. 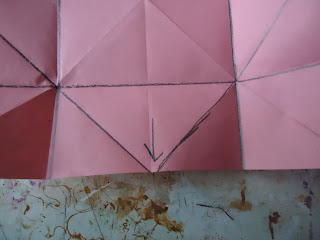 Do this clockwise with all the corners and your result is like the box which is shown in my bokk. 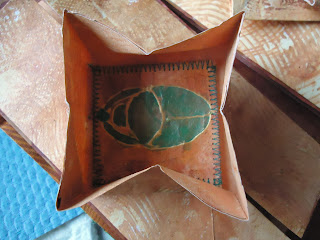